Growing up, I always thought of pokeweed as a weed because everyone told me it was just an ugly weed. When I saw it rising from the garden, I had to retrain my mind to appreciate it’s beauty. From its rose-colored stems to the bold shapes it makes as a mature plant, it outperforms many non-native ornamentals.

I always assumed that it was called “pokeweed” because it looks like someone poked each berry in the middle. The truth is that the word “poke” was derived from a the word “poughkone” which means “red-dye” in Powhatan. Powhatan was the language spoken by a Native American tribe in the East Coast. They used the berries to make dye. The language has since been declared extinct. Wikipedia has some great info on that: https://en.wikipedia.org/wiki/Powhatan_language

I now know that Pokeweed makes for a great natural bird-feeder. I have yet to catch the birds in action eating from our pokeweed plants, but the berries do mysteriously disappear soon after ripening. 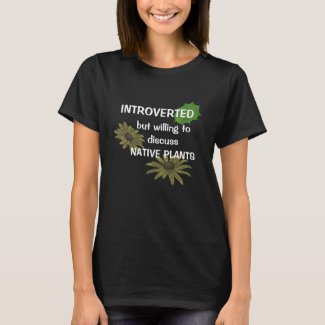 Introverted but willing to discuss native plants T-Shirt by llnmrcs 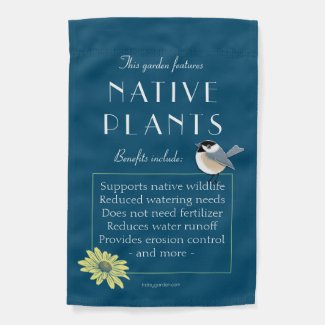 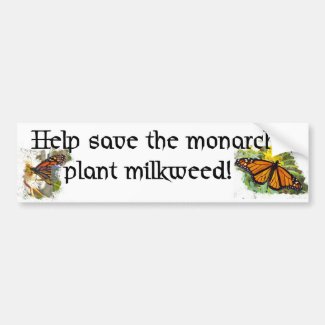 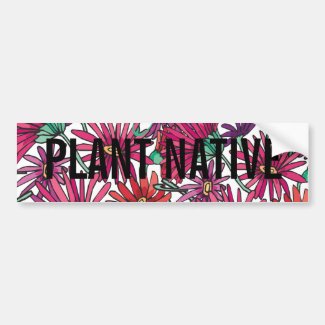 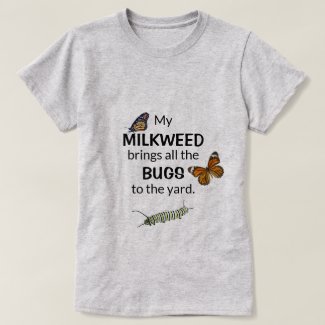 Milkweed Brings Bugs to the Yard Butterfly Shirt by The_Happy_Nest 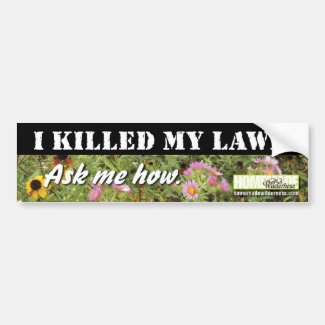 I Killed My Lawn Bumper Sticker by Quarry